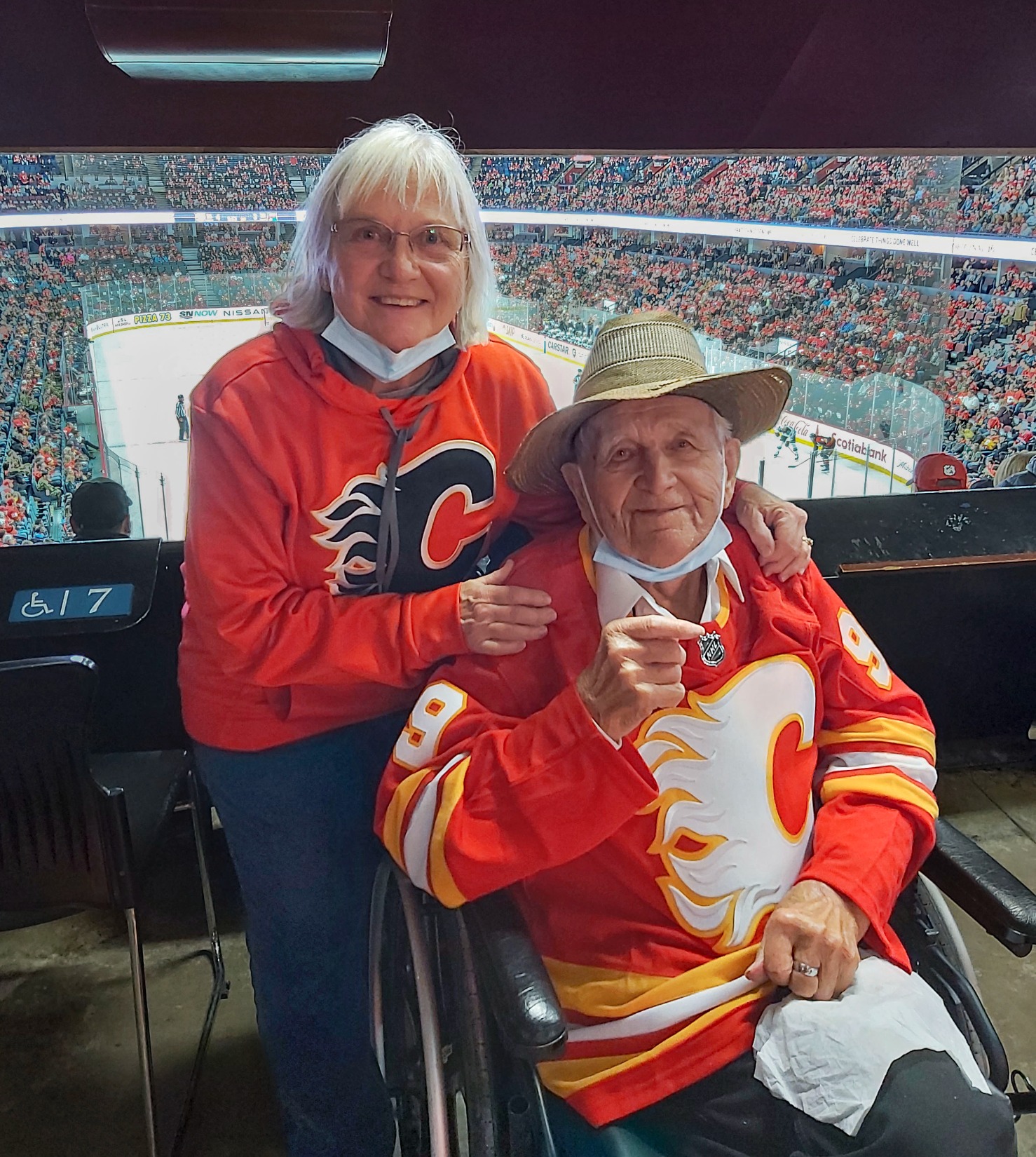 They Shoot, They Score: William's Wish

William is an avid hockey fan. He used to be a hockey coach, and some of his players even moved on to play in the NHL. Now as a resident at the Brenda Strafford Foundation, he enjoys watching hockey games, especially when the Calgary Flames are playing. So, when his family heard about the Pursuit of a Lifetime program, they knew that the perfect wish for their dad would be to attend a Flames game.

The BSF was delighted to grant this wish and, with the help of the Flames, arranged for William and his family to attend a home game at the Scotiabank Saddledome. To top off the wish, the Calgary Flames also sent William a jersey, customized with his name and number on the back; number 99 to match his age.

With William watching, the Flames even ended up winning the game!

Other Articles in Pursuit of a Lifetime